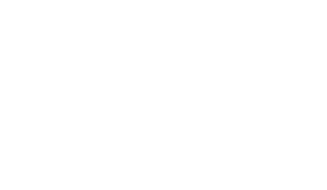 The Government Social Media Conference held in Dubai at the beginning of June is proof of how social media is spreading to the mainstream and is embraced by individuals, companies and government alike. It was an excellent occasion for social media experts and government to meet and share experiences and best practices.

Organized by The Business Council, the June 7-8, 2011 conference was the first of its kind to be held in the region. Organizer Hijazi Natsheh hopes it will be one of many to take place in Dubai and other countries.

The impressive lineup that gathered at the Al Murooj Rotana Hotel in Dubai included among others UAE government representatives, the Dubai School of Government and Google Inc.

Two Lebanese digital and social media agencies were present too. Think Media Labs founder Ayman Itani presented a white paper co-authored with Tarek Kassar, founder of Youngberry Agency, a youth research and marketing firm, and Interactiveme.com, an influential blog on interactive and social media in the Middle East. Itani and Kassar offered an insight into what young Arabs love or hate about the social media presence of their governments.

The full list of the conference participants can be viewed here.

White Paper
Titled Love-hate networking, the white paper presented to the Government Social Media Conference by Kassar and Itani addressed what young Arab citizens love or hate about the social media presence of their governments in light of the upheavals in Middle East and North African countries since the beginning of 2011.

The paper surveys how state institutions and government agencies can reach out and tap their youth through social networks, specifically Facebook.

The survey of 309 respondents, between ages 12-29, was conducted in May 2011 by Youngberrys powerhouse surveying network, YouthObserv . Those questioned were all Arab citizens, MENA residents, Arabic-speaking, and active Facebook users.

Younngberrys Kassar and Think Media Labs Itani find:
77% will Like your Facebook Page if they find you

68% will leave if you are not active and not listening

75% are willing not to criticize you

The love-hate message to governments is:
A presence on social networks is vital and recommended

Be there for those who show their support

Communicate, be a storyteller

You can read the full Think Media Labs and Youngberry Agency "white paper" and anÂ InteractiveME.com interview with Ayman Itani at the conference below.